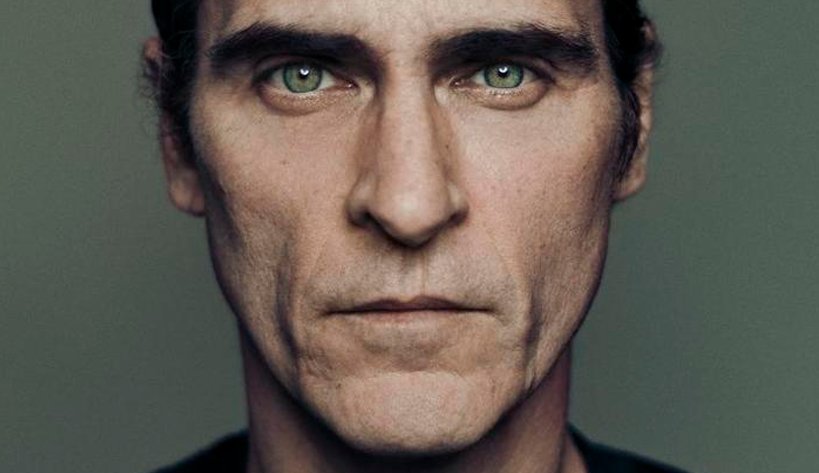 You don’t have to be a tortured artist to be a good actor. You have a right to happiness, a life long partner, kids, travel, a life, all that good stuff. However I do think it is common for us actors to have a well-developed capacity for self-doubt. I know I do. And I know many actors who do. I believe it is to your advantage to acknowledge and manage your ‘dark’ side. There’s a lot of power there. So let’s dispel some illusions about doubt and nerves.

“The reason I keep making movies is I hate the last thing I did. I’m trying to rectify my wrongs” – Joaquin Phoenix

We are all too some extent infected with the modern day virus of ‘positive thinking’: the erroneous idea that we have to feel good all the time. The concept is of course nonsense.  Our original desire to be creative is often conceived from doubt, which is also an understandable by-product of the precariousness of the profession of acting – the occasional (seemingly interminable) stretches of unemployment, the rejection in audition, and so on.

Doubt is also a necessary part of our creative process. We start off with a scene, a script, and it’s chaos: only questions. We work a lot – and don’t even end up with a certainty of outcome. Then it starts all over again with the next role.

After prepping comes the opening night, or the first day on set. If doubt makes sense at certain stages of the work – prepping an audition, for example, or while we are trying to figure out a role – now nerves make you work harder. Actors like Australian Colin Friels are refreshingly honest about this – they know how dreadful their acting can be, and their nerves are around being revealed a fraud. This drives them into serious investigation and good results. But again and again they are surprised if they are any good. The audience are too: they enjoy watching the uncertainty of the actor who truly doesn’t know what’s going to happen. When the actor is surprised, so are we.

Audiences recognise a nervous actor. But it’s a mistake to try and pretend we’re not terrified. If we own up to our fear and bash on, doing our best, even though we are scared, they recognise that courage and reward it. We’re like the steadfast soldier in the Hans Anderson fairy tale; as Hemmingway said: ‘courage is grace under fire.’ It’s no secret that many very fine actors get nervous at times to the point of vomiting: Ben Kingsley, Helen Mirren and Joaquin Phoenix, to name just a few. They know that until the take is done or the opening night out the way there is always uncertainty about how it will turn out.

“I don’t know that I ever find working pleasurable. It’s always an exquisite agony – you’re always eternally dissatisfied with what you’ve done. That’s why you keep wanting to work, otherwise why would you do it?” – Cate Blanchett

As well nerves are the rocket fuel of the work. Acting takes energy – it is exhilarating and tiring to perform – and nerves are a useful form of energy. I wouldn’t want to work without at least some nerves – how often have we felt invincible and done the worst acting of our lives? Nerves indicate readiness: an awareness that you are about to do a difficult task, because you have already explored it’s parameters. You’d be an idiot to feel complacent! If you are an athlete squaring up to the start line and feel nothing, it’s a sure sign you are unprepared. And nothing will come of nothing, as Lear warned his daughter.

If some degree of doubt, nerves and anxiety is normal and even necessary to our work then surely it’s important to learn to live with these difficult feelings – rather than imagining you can ever exorcise them from your life. We certainly don’t NEED to feel confident to do a good job, and it is a mistake, in my view, to waste energy trying to feel so. If we eventually do good work we’ll feel good, but we have to acknowledge also that it may cost us something. Giametti, the Italian sculptor said that for him all creativity begins in doubt because: ‘my work consists in moving from one failure to the next…’

Watch Johnny Depp at work in the ‘making of’ movie Lost in La Mancha, sitting quietly, watching on-set disasters unfold, holding in his energy, saving it up for his performance. He gets how much energy acting takes, and he’s nursing it. He’s certainly not bursting with glamour and self-assurance, or worrying about how good he feels.

We have a difficult job to do, but at times the fear and longing we approach it with can get tipped too far into paralysing dread and doubt. These feelings have more to do with our past than our present realities. But the past and the future are equal parts fantasies: what you think happened, and what you fear might happen. If you ruminate on either you’ll stress, and you can’t work effectively when you do. The work entails pressure but it’s up to you to what degree that is turned into stress. The business, the life of the actor, the schmoozing, the unemployment between gigs, the rejection, can be tough: if the actual acting is too unpleasant, what’s the point?

If you’re too full of a sense of dread about what’s coming up you can’t function as an actor – all your prep just can’t get through. Although generally, if you’ve prepped well, that dread is less likely to come along. But in any case if you’re stuck in acting hell try to put your attention outside of yourself. One of Stanislavki’s first discoveries was that if an actor is given something to ‘do’ – a simple action – they relax. He once told a nervous actor to count the planks on the floor. Sandford Miesner based his whole training for actors on this: putting their attention outside of themselves, in this case, onto observing the behaviour of the other actor. They became less aware of themselves, less inhibited. Try that, and try going with how you’re feeling, not fighting it.  USE the feelings that are there, including fear, as a way to get in to the scene. They may not be so far from what’s required as you think. BREATHE. Breathing freely frees emotion and supports your voice. Get grounded. Anchor yourself into your acting position firmly, push your energy down into the roots of the floor, as if you were planted in there, standing a foot underground. Focus for a time on getting it wrong: make mistakes! Or do it OTT (over the top) for one take. Or look for the flaws, the ugliness, in the character. Go for the dark side – there’s a lot of power there.

A final useful thing you can do in your prep, if nerves and doubt are something of a recurring theme, is to incorporate your feelings of dread/ doubt/ nerves in your preparation. Personalise them by making them an emotional obstacle in the scene, working against you getting your intention, and coming up with reasons, such as character traits, back story or given circumstances, that make sense of why your character would be wrestling with doubt, fear etc. This can be very effective, as you use the feelings to actually make the scene better (high obstacles make you work harder to attain your scene objective), rather than pretending those difficult feelings are not there. And it’s empowering – you’re turning a liability in your acting (and maybe your life!) into a plus. To give this obstacle meat and also make it about the character (not you) in the playing you could write an inner monologue running through the scene full of the character’s self-criticism/ doubt.

I just now happened to watch an audition I did a year or so ago. I wondered why I enjoyed watching it (a rare occurrence for me I assure you!) and then realised it was because I was enjoying myself! If you are enjoying acting the audience can relax. This is just as true if you are playing a villain, a romantic lead in a comedy, or a psychopath. If you prep well – not necessarily obsessively, but imaginatively and intelligently, and appropriately for the scene/ script/ genre – you CAN relax, be confident, and enjoy yourself. You cannot exorcise fear entirely. It’s part of the job, and it’s part of the reason you became an actor – that delicious excitement, that intoxicating mixture of dread and longing. But you’re allowed to have fun.

Written by actor and teacher Peter Feeney for pfeeney.com, reposted with permission.