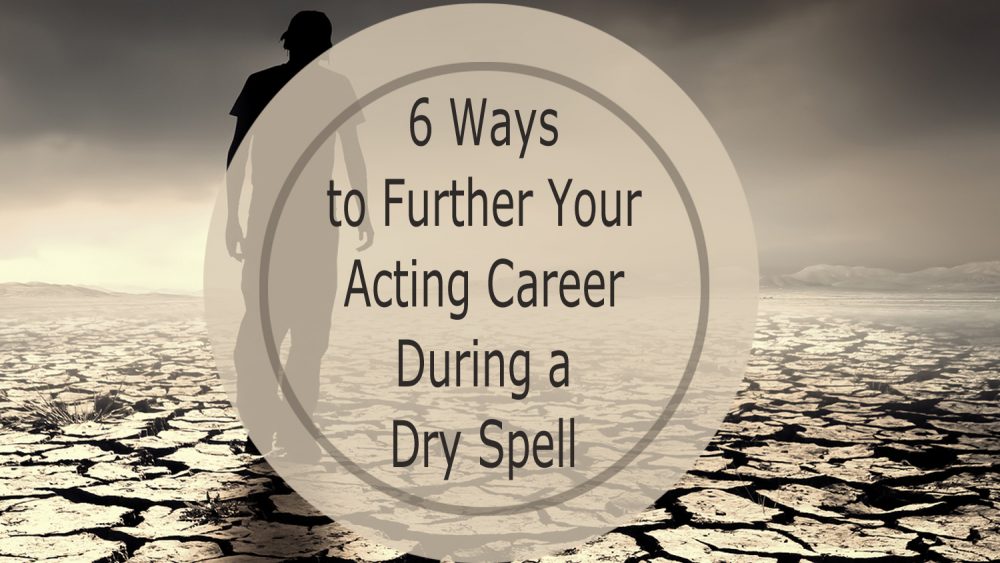 6 Ways to Further Your Acting Career During a Dry Spell

Pilot season is a memory, network shows are done, and all is quiet on the Western front. In other words, we’re right smack in the middle of hiatus.

Next to Christmas, this is the slowest time of year for agents. A lot of my colleagues are off on fun-filled vacations. Others are cloistered in monasteries, pondering why they chose a career where their success is dependent on the sanity of others. Me? I’m staying put so I can do a little research. And that research is for you.

Naturally, spring is also a slow time for actors, so I’ve been asking my clients about changes they’ve made during hiatus that had a positive effect on their careers. Their answers were both surprising and enlightening. Below, I’ve rounded up the best from my best: All of these clients are working actors, and following their examples will help get you ready for when this drought comes to an end.

There you go. These six actions worked well for my clients, and they should help you, too. So enjoy the downtime but be productive, and don’t forget to smell the spring blossoms before some industry jerk steps on them with his expensive Italian shoes.

SECRET AGENT MAN
Secret Agent Man is a Los Angeles–based talent agent and our resident tell-all columnist. Writing anonymously, he dishes out the candid and honest industry insight all actors need to hear.